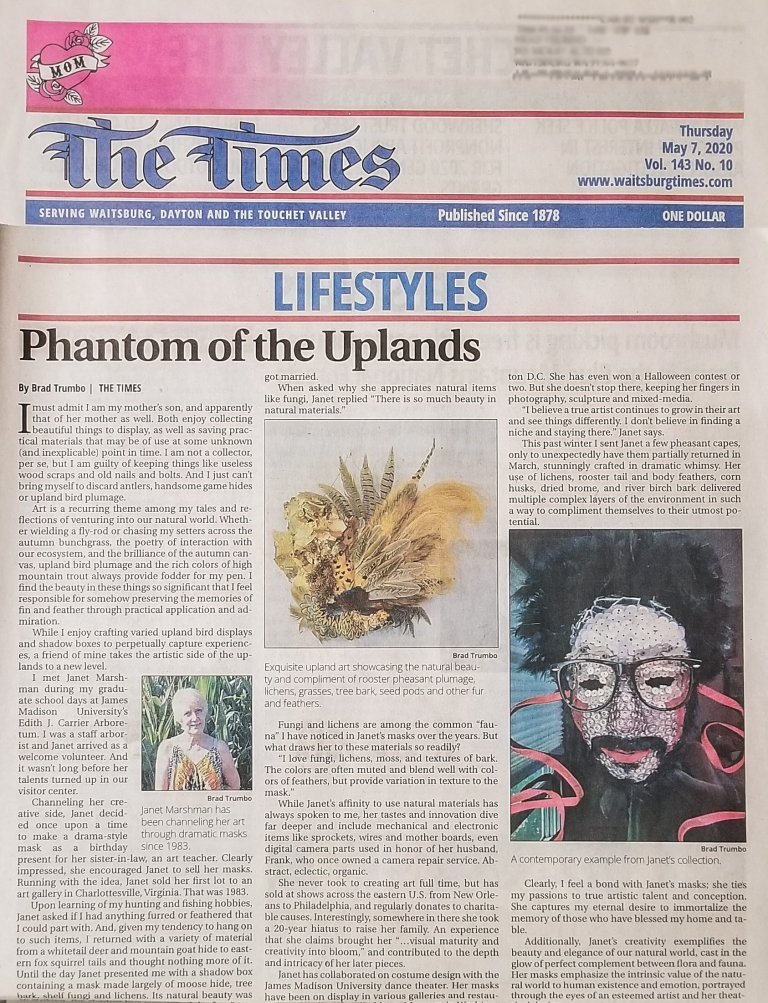 I must admit I am my mother’s son, and apparently that of her mother as well. Both enjoy collecting beautiful things to display, as well as practical materials that may be of use at some unknown (and inexplicable) point in time. I am not a collector, per se, but I am guilty of keeping things like useless wood scraps and old nails and bolts. And I just can’t bring myself to discard antlers, handsome game hides or upland bird plumage.

Art is a recurring theme among my tales and reflections of venturing into our natural world. Whether wielding a fly-rod or chasing my setters across the autumn bunchgrass, the poetry of interaction with our ecosystem, and the brilliance of the autumn canvas, upland bird plumage and the rich colors of high mountain trout always provide fodder for my pen. I find the beauty in these things so significant that I feel responsible for somehow preserving the memories of fin and feather through practical application and admiration.

While I enjoy crafting varied upland bird displays and shadow boxes to perpetually capture experiences, a friend of mine takes the artistic side of the uplands to a new level.

I met Janet Marshman during my graduate school days at James Madison University’s Edith J. Carrier Arboretum. I was a staff arborist and Janet arrived as a welcome volunteer. And it wasn’t long before her talents turned up in our visitor center.

Channeling her creative side, Janet decided once upon a time to make a drama-style mask as a birthday present for her sister-in-law, an art teacher. Clearly impressed, she encouraged Janet to sell her masks. Running with the idea, Janet sold her first lot to an art gallery in Charlottesville, Virginia. That was 1983. 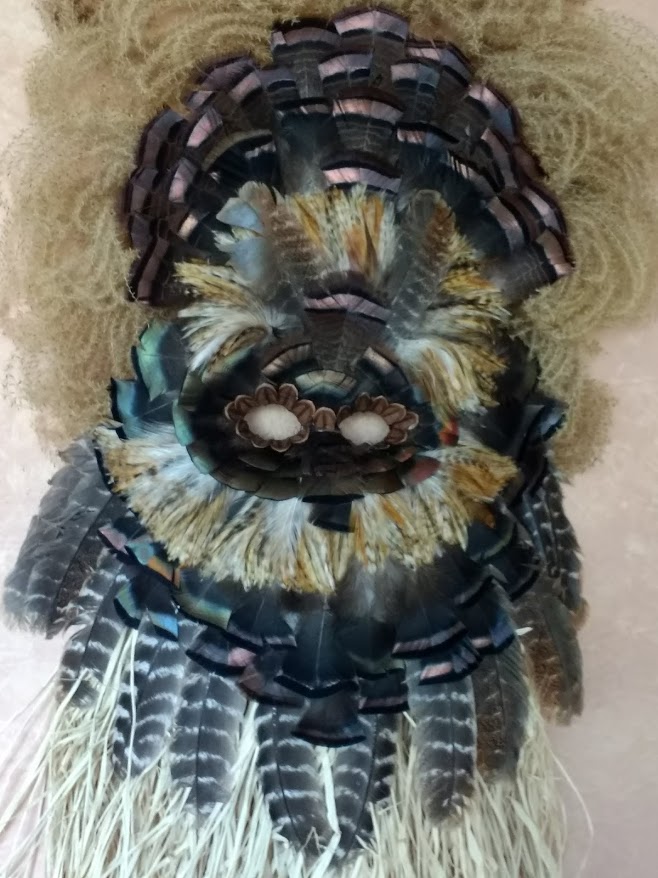 Upon learning of my hunting and fishing hobbies, Janet asked if I had anything furred or feathered that I could part with. And, given my tendency to hang on to such items, I returned with a variety of material from whitetail and mountain goat hide to eastern fox squirrel tails and thought nothing more of it. Until the day Janet presented me with a shadow box containing a mask made largely of moose hide, tree bark, shelf fungi and lichens. Its natural beauty was so striking, the shadow box was one of the few “natural displays” that made the living room wall after I got married.

When asked why she appreciates natural items like fungi, Janet replied “There is so much beauty in natural materials.”

Fungi and lichens are among the common “fauna” I have noticed in Janet’s masks over the years. But what draws her to these materials so readily?

“I love fungi, lichens, moss, and textures of bark. The colors are often muted and blend well with colors of feathers, but provide variation in texture to the mask.”

While Janet’s affinity to use natural materials has always spoken to me, her tastes and innovation dive far deeper and include mechanical and electronic items like sprockets, wires and mother boards, even digital camera parts used for her husband, Frank, who once owned a camera repair service. Abstract, eclectic, organic.

She never took it full-time, but has sold at shows across the eastern U.S. from New Orleans to Philadelphia, and regularly donates to charitable causes. Interestingly, somewhere in there she took a 20-year hiatus to raise her family. An experience that she claims brought her “…visual maturity and creativity into bloom” and contributed to the depth and intricacy of her later pieces.

Janet has collaborated costume design with the James Madison University dance theater. Her masks have been on display in various galleries and restaurants, as well as the Hirshhorn Museum in Washington D.C. She has even won a Halloween contest or two. But she doesn’t stop there, keeping her fingers in photography, sculpture and mixed-media.

“I believe a true artist continues to grow in their art and see things differently. I don’t believe in finding a niche and staying there.” Janet says.

This past winter I sent Janet a few pheasant capes, only to unexpectedly have them partially returned in March, stunningly crafted in dramatic whimsy. Her use of lichens, rooster tail and body feathers, corn husks, dried brome, and river birch bark delivered multiple complex layers of the environment in such a way to compliment themselves to their utmost potential.

Clearly, I feel a bond with Janet’s masks; her tie of my passions to true artistic talent and conception. She captures my eternal desire to immortalize the memory of those who have blessed my home and table.

Additionally, Janet’s creativity exemplifies the beauty and elegance of our natural world, cast in the glow of perfect complement between flora and fauna. Her masks emphasize the intrinsic value of the natural world to human existence and emotion, portrayed through the eyes of an esteemed artist and her theatrical design.

2 thoughts on “Phantom of the Uplands”

This site uses Akismet to reduce spam. Learn how your comment data is processed.